Next Door Buddies says: Markie More is caught between a rock and a hard place. Dylan Knight is waiting in the kitchen with a cock diesel but his shooting partner is an absolute dud, and it’s up to Markie to inform him.

Dylan is noticeably disappointed and the bulge in his pants is calling out to Markie, but Markie is torn between his desire to salvage the scene and his professional duties as PA. Ultimately, Dylan senses that Markie can be persuaded and with a tug on his belt, he reminds Markie what he’d get out of the deal.

Markie eyes Dylan’s hard cock and makes an executive decision, unzipping Dylan’s pants and kissing him hard, as Dylan pulls Markie’s shorts off and begins to suck him off right there in the kitchen. Moments later, Markie realizes he’s made a great decision as Dylan straddles the cabinets and Markie eats his ass, moistening him up before plunging his dick deep inside Dylan.

Dylan is smiling from ear to ear as Markie pounds him from behind, then they flip over and Dylan rides Markie as he lay on the kitchen floor, grinding on his morning wood as he strokes himself off, jizzing all over himself as Markie pumps him full of hard cock, and then watching as Markie pulls out and blasts him with his load, just as director Rocco enters from an errand.

Will Rocco be upset at the shenanigans or happy that Markie saved the scene? You’ll have to watch to find out. 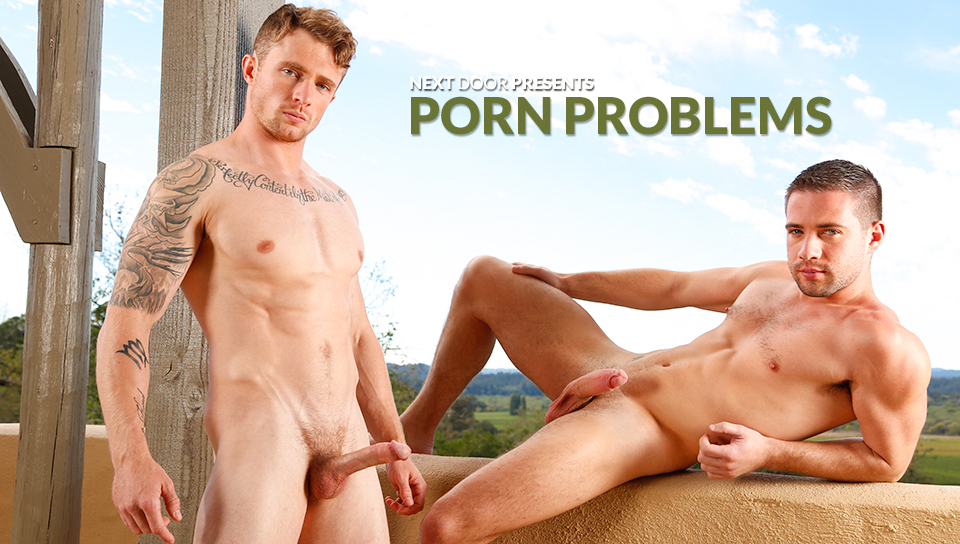