Next Door World says: As he watches his wife pull away for a day of errands, hubby Markie More struggles with his conscience and his desire.

Fumbling with his wedding band, he decides to give in to his desire, and shortly after, Alex Tanner A arrives at his house.

Alex knows all about Markie’s straight life, but he doesn’t care. As long as Markie gives him that good straight boy dick, Alex is just fine with the arrangement.

Markie obliges, sucking Alex off with a hunger that only exists in being deprived. Unleashed, Markie feasts on Alex’s cock before tonguing his hole in anticipation.

Once it is nice and moist, Markie plunges his raw cock all the way inside, filling Alex up with his nice hard on and taking Alex to pound town.

Alex jizzes all over the bed where Markie and his wife sleep at night, but Markie isn’t thinking about that at all anymore.

Instead he watches Alex lose his nut before pulling out and blasting him with his own pent up load.

It coats Alex nice and thick and they both laugh as Alex asks Markie when his wife will be gone again. 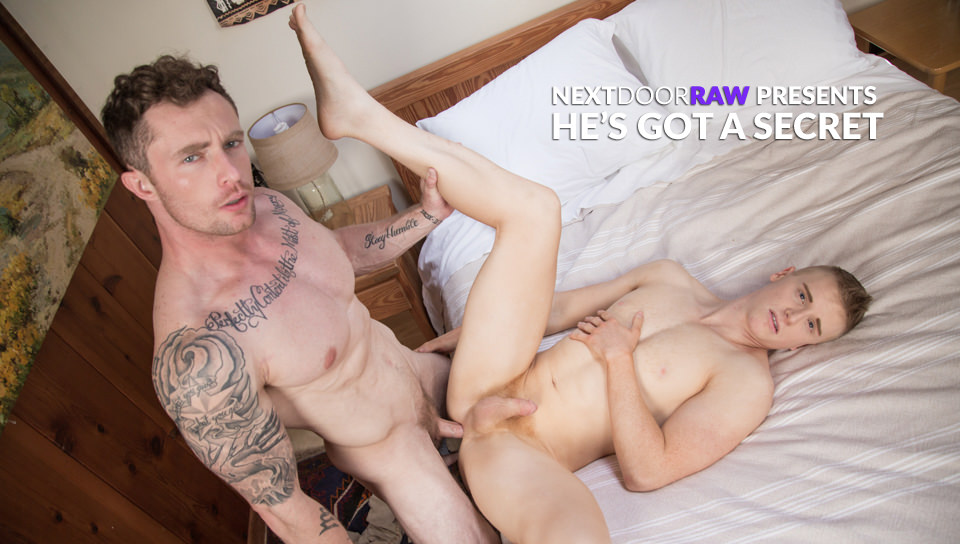