Next Door Buddies says: As the sun rises on another beautiful day, Johnny Torque pours himself a cup of coffee and surveys the landscape out the living room window. Within moments, Alex Greene emerges half dressed, rubbing the sleep out of his eyes. ‘Would you like a cup of coffee?’ Johnny asks,’Coffee isn’t what I need to wake up,’ Alex responds, and with that, he grabs Johnny’s package and the two of them kiss.

Alex slowly makes his way down Johnny’s body to Johnny’s cock, getting hard as Alex rubs it with his hands gently, before sucking on the head to tease his lover. Alex downs Johnny’s dick, deep throating it as Johnny puts his hand on the back of Alex’s head, guiding him deeper down the shaft as Alex gags a little.

Johnny then returns the favor, spitting on Alex’s cock as Alex fucks his face, but what Alex really wants is to feel Johnny’s dick deep inside him, so he turns around and bellies up to the kitchen counter as Johnny penetrates from behind.

Johnny fucks him like that for a while before they move into the dining room, where Alex spreads his legs and mounts Johnny, riding reverse as Johnny watches his ass bounce up and down. 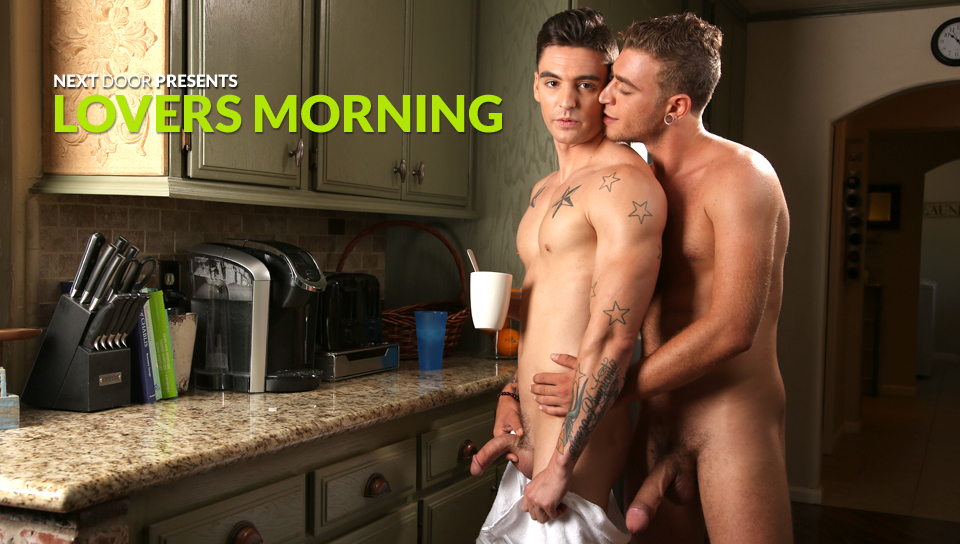